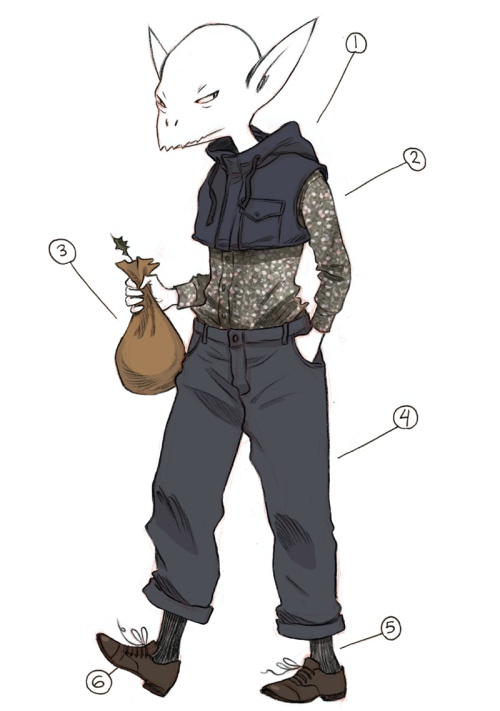 So look, my mum needs me to make her a Christmas list, and I happen to have this website which is all about things that I want, conveniently in need of an update. So here goes nothing. (I must warn you, mum, this list is not particularly practical – nonetheless, it’s the best I can seem to manage…)

Let’s start with the clothing, since gift-giving holidays are the reason I own garments enough to (more or less) cover my nakedness.

1. This is likely an impossible request, but it’s the thing I want more than anything, ever (I kept my finger off the caps lock, but great restraint was involved): the Engineered Garments FWK shoulder hoodie (in navy or black, if you please, but I wouldn’t turn down grey). I should have ordered this from Nepenthes back in the fall – and particularly in retrospect because it’s still an object of much fixation – but a bunch of things got in the way, like a credit card fraud-shutdown, and not wanting to overburden Justin (who would have had to drive it up from Seattle for me). It’s probably a good thing that they don’t ship to Canada, or I’d be constantly abusing the privilege (it’s not really a good thing, guys, that’s just me trying to mollify myself). Anyway, Hchom and christmas lists both are allowed some quota of impossible items, yes? This is the impossiblest.

2. I’m trying to think what FWK (best brand ever – all I want to wear right now) piece I can ask for as consolation. I have a curious attraction to this shirt, though I wouldn’t have expected the recent liberty print trend to offer any personal appeal. Goes to show. They’ve run out of my size, alas (though the lower one would likely fit as well), and it’s a bit pricey anyway, since it’s shipping from Ireland. I was also going to point out these as an alternative, but my sizes have sold out there as well, since I started putting this together… so that’s not very helpful, is it. I suppose I’ll have to poke around some more.

3. This bag has a pudding in it, just saying. Possibly also a kitten and a pony, and a large quantity of very expensive dark, single-origin chocolate.

4. Though I don’t really need them, I could always use a back-up pair of over-sized Levis 501s. Perversely (or not, as you prefer), I like the cheaply-made $30 ones better than the fancy vintage/heritage versions.

5. Socks, just for something to attach a number to. And because I’m down to four pairs, three with holes in the heel. But more on socks in Cribbers post #2, stocking edition.

6. These shoes are too pricey to ask for, but I want them and therefore I’m listing them. Plus, look, they completed the ensemble. 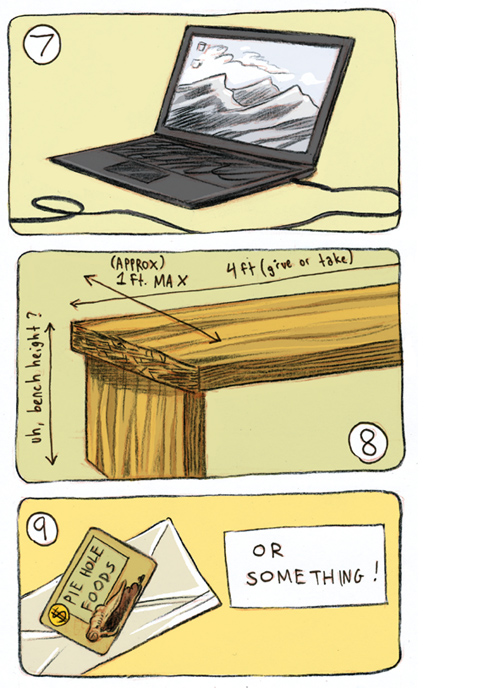 7. I was thinking about asking for one of those tiny, cheap computers, as a secondary laptop, then I decided that was silly, and of course I don’t need one (but I put it up anyway, because it was already drawn and scanned). So yes, ignore this. Most useless Christmas list ever! Moving on…

8. I’d like dad to make me a bench out of parallam (my dad invented this wood), for my hallway.

9. Gift certificates that provide me with tasty things are always good.

You can see I’m having trouble thinking of reasonable things to ask for. Reasonable just isn’t a strong suit. Tomorrow I’ll post a stocking list, which will be less overflowing with stuff that can’t be acquired by ordinary means.