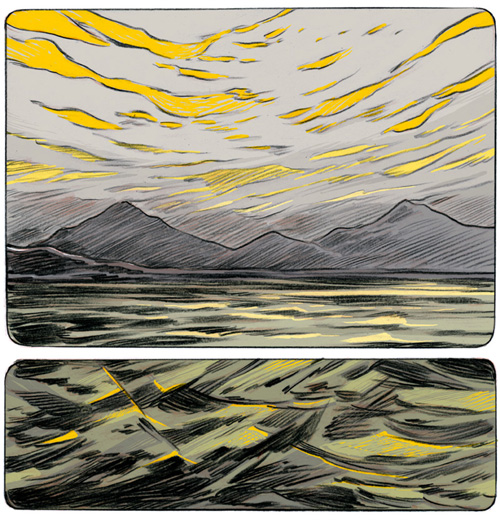 I took what turned out to be a longish break from posting. Longer than intended, but it was much-needed, and I’m returning to my more regular-irregular posting schedule now. Want lists and other familiar things pending.

It’s been a rough year for me, and a rough winter in particular. I’ve had some health problems, though it took me a while to recognise that. It’s easy to convince yourself that you’re just being a sissy, you just need to suck it up and tighten the bootstraps or whatever, yes? I’ll save you guys the boring details – unless the results end up being Hchom-relevant (they might be) in which case I will duly report.
But I do feel I owe some explanation to at least half of the people who may have emailed me this winter, because everything between about mid-November and nearly-today that wasn’t either work-relevant or family-relevant has fallen into a massive unread snarl in my inbox that I can’t even think about without an instantaneous blinding flood of cortisol (only slightly exaggerated for dramatic effect). I want to say that I will sit down and read through these and respond to them one-by-one, but that would be a hilarious overestimation of my social-communication-capacities even at the best of times (I don’t own a phone right now – not even a landline – have I mentioned?). So know that I value that communication very much, even if I can’t always manage my end of it.

Onward-ho. I have a want list to go up in the next day or two (wants are the best consolation – maybe even better than actually getting stuff. Though you didn’t hear that from me), and other hchommish things. More soon.